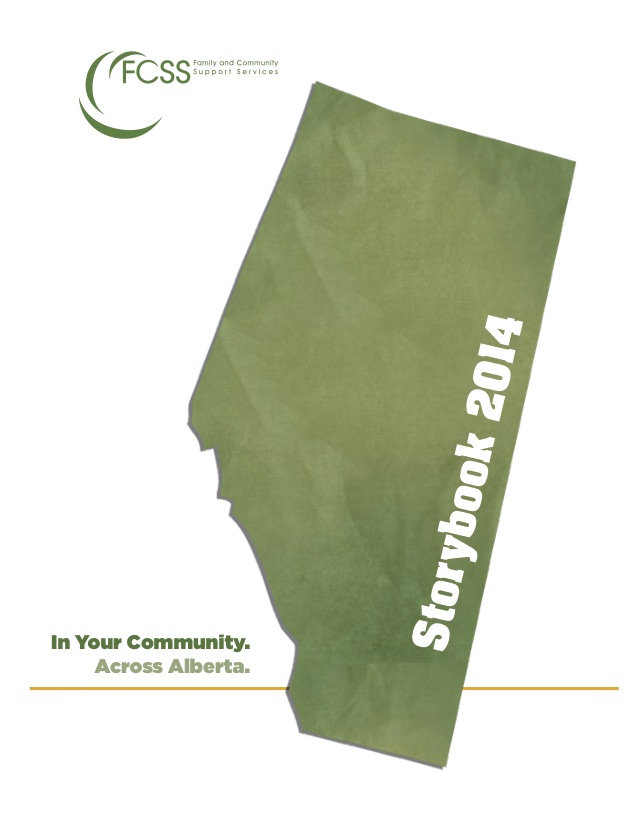 Alberta is a great place to live! We have one of the best economies in North America, the highest number of sunny days in Canada and landscapes that vary from the majesty of the Rocky Mountains to lush boreal forest, from fertile prairies to desert badlands. Alberta is home to more than 600 lakes, 245 rivers, and rich mineral resource deposits. But, most importantly, Alberta is home to 4,025,074 people; people who live in the 17 cities, 108 towns, 93 villages, 64 municipal districts, 8 improvement districts, 51 summer villages and 8 Métis settlements that make up this wonderful province.

Another thing great about living in Alberta? Family and Community Support Services! Alberta is the only province in Canada with an FCSS Program, which is achieved through a unique provincial-municipal partnership. FCSS programs and services reach 319 municipalities and Métis settlements. Less than 3,800 Albertans live in communities that do not participate in the FCSS Program.

We want to celebrate and be proud of the work that is done under the banner of FCSS and that’s what this year’s Storybook will help to do.

FCSS staff and board members are often hesitant to tell the story of the good things they do in their communities. Sometimes, it takes an outsider to acknowledge it and let others know the difference our programs make. For example, those of you who attended the 2013 FCSSAA conference may remember the words of our closing speaker, Lorne Calvert, former Premier of Saskatchewan, who said to the Government of Alberta:

“In this Province you have pioneered and matured a model of preventive services, a model of municipal and provincial partnership, a model of family and community support services that I think far exceeds any other model I’ve seen in Canada, including in my own Province under my own government.

Through this model, as a provincial government, you have made immeasurable difference in the lives of individuals, families and communities. You have been leading in Canada and North America in preventive services and community based services. Do not let this go. Do not let your leadership diminish.

You’ve been doing this work with about two-tenths of one percent of the Alberta budget. You’ve held the funding at $74.8 million for that last several years. The province is growing; communities are growing and the needs
of individuals and families and communities are growing as well. Funding must grow as well. You can double
the budget, to arguably where it should be and still not reach one half of one percent of the provincial budget. There must room in that budget to maintain Alberta’s leadership and maintain the difference you are making in our neighbours lives.”

He then closed with the following comments to conference delegates:

“That’s about what I would say. But you can say it with passion and with knowledge. You have both the right and the responsibility on behalf of those you serve to make friends and influence all 87 Alberta MLAs… those ordinary folks who, like you, have extraordinary responsibility.

With what I have learned about FCSS, your work is the freedom to create and the spirit of achieve; you are truly the Alberta Advantage!”

The collection of local stories in our FCSS Storybooks is one way we DO say it with passion and with knowledge. We want to celebrate and be proud of the work that is done under the banner of FCSS.

This year’s FCSS Storybook is a snapshot of the stories taking place on a daily basis across the province – they demonstrate the reach, breadth and impact of our tremendous Program. We took a slightly different approach to the Storybook this year, rather than working it around a specific theme, we thought it would be more powerful for you to hear about all the different types of programs and services that are being offered to the citizens of many cities, towns, villages, municipal districts, and Metis settlements.

The FCSS Story tells us: “Alberta’s FCSS builds this province by transforming government money – provincial and municipal – into social profit. Many municipalities pay more money into FCSS than any agreement requires because they see the power in putting decisions about social well-being in the hands of local leaders and organizers, where they belong.”

And that is the beauty of the FCSS program – local solutions to local needs with the same overarching outcome: strong individuals, strong families, strong communities.

We hope you enjoy hearing about local experiences and the difference FCSS makes to the lives of everyday Albertans. We know you don’t hear these stories often, because:

“We don’t hear about preventing disease, preventing drug and alcohol abuse, preventing crime, preventing loneliness and isolation, because when it works- and in Alberta it works like nowhere else- it’s the opposite of intense and dramatic. Avoiding a crisis isn’t news. But it is enormously worthy. It is worth even more investment, because our unique partnership between the provincial government, municipalities, service organizations, and volunteers creates prosperity by preventing pain and problems.”

We like to think of ourselves as builders. We build Albertans. (from the FCSS Story)

If you would like to order additional copies of the 2014 FCSS Storybook, please contact the FCSS Association of Alberta at assistant@fcssaa.org.

Welcome to the Alberta Mentoring Partnership research portal. Use the search bar above to search broadly and use the below tags to search by a specific year, researcher or category of research.